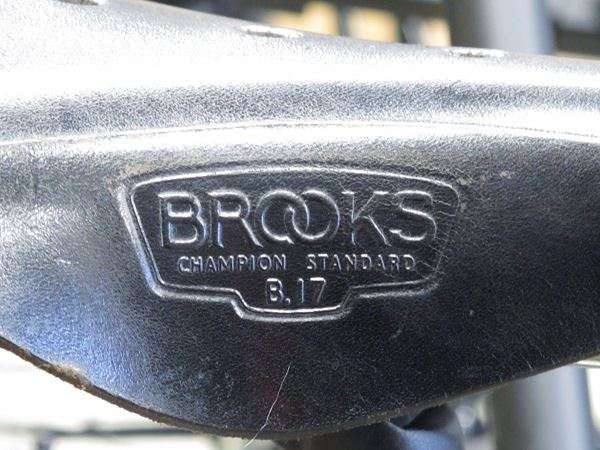 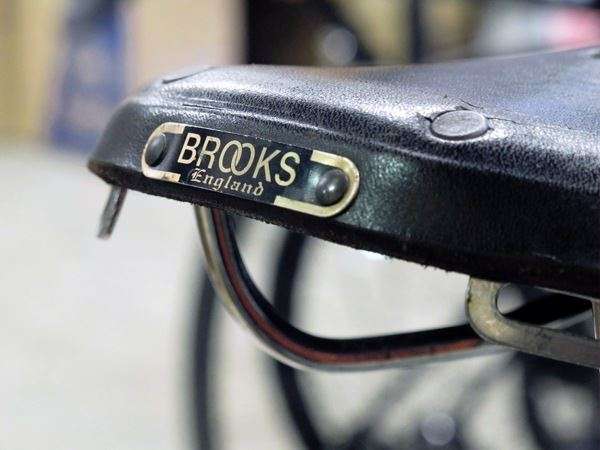 Ben recently got his hands on an antique Brooks B17 standard saddle. Our guess is that it’s from the mid-to-late 1970’s. He’s been commuting with it on his Bianchi Volpe. What’s really cool is that it’s basically the same as the modern Brooks B17 Standard since Brooks has been using the same mold, shape, and materials with this model for decades. Pictured below are the same details on a modern B17 standard from our display case for comparison. 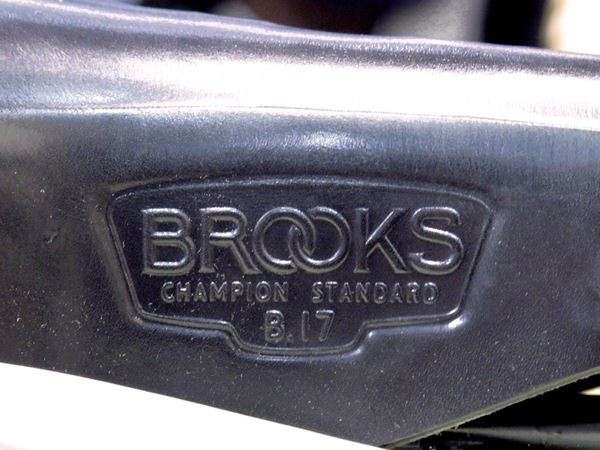 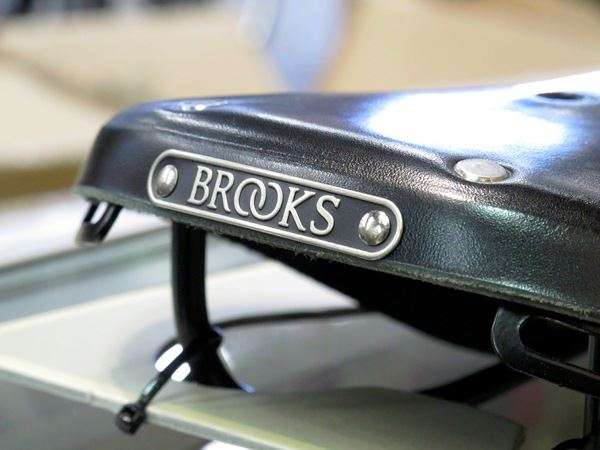 …Other than the plate on the back and the color of the rivets and rails, the saddles are basically the same. Pretty neat.