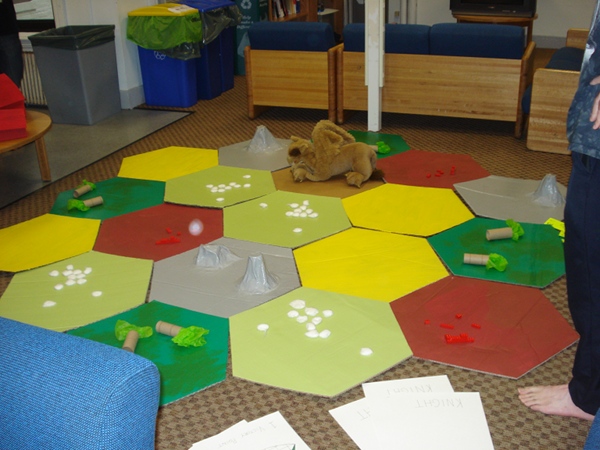 Last fall we had some MIT students stop by and ask for as many bike boxes as possible. We’re used to receiving unusual requests from the MIT community, but usually it’s for weird combinations of mechanical parts for engineering projects. Apparently they were working on an event for student orientation: making an embiggened Settlers of Catan board. They did an amazing job crafting it and we’re sure it was a blast to play. Just look how impressive and clean their cuts are! A+ for using a stuffed Griffin as (assumedly) a large-scale version of the bandit, as well. 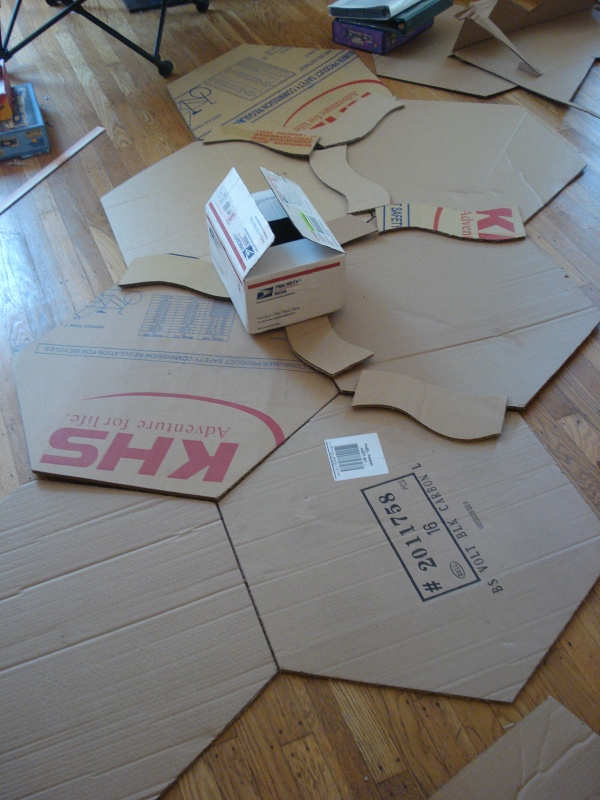