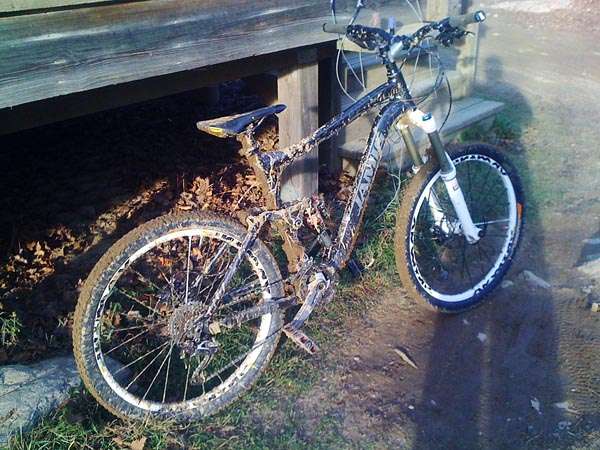 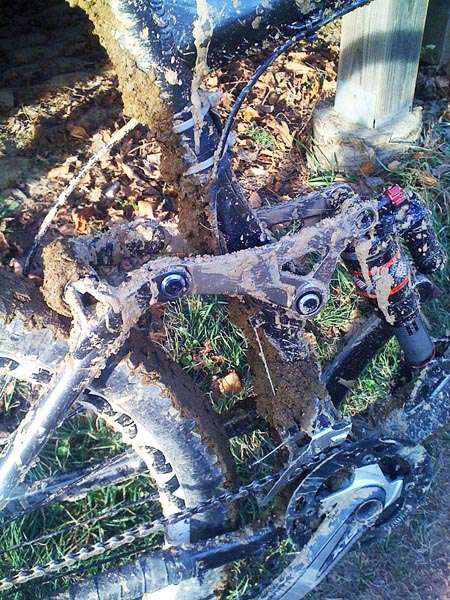 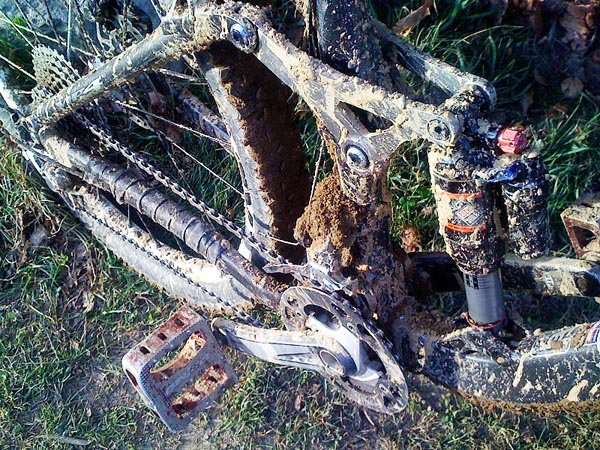 Hey everybody it’s Bill. A couple Fridays ago I went to Highland Mountainbike Park for their last weekend of the season. The warmer weather melted most of the snow they’d had earlier in the week leaving the trails fabulously muddy. Some of the trails became a real challenge but overall it was a great day for riding. Getting dirty is always part of the fun so everybody was in a great mood. I even met a couple Cambridge locals riding up the lift and it turned out I had fixed a few of their bikes. Mountainbiking is becoming a popular sport even for people living in the city and I’m always happy to see city commuters taking a woods “daycation.” I snapped some pictures of my bike after it saw some mud and I’ll have video footage up shortly.