Last night was the Opening night for the track season up at the New England Velodrome, and the Cambridge Bicycle Racing Team was on hand to celebrate and compete.

Now don’t you worry if you missed out, because last night was just the beginning of a whole summer of exciting events at the track! This year will be the first to include a Keirin Series and a Madison Series, in addition to the staple of the season, the Cambridge Bicycle Summer Omnium Series. Check out the full schedule here.

Leah, Seth, and Gary on the line for the Miss and Out.

Tuesday night got rained out, so if you would normally be racing on Tuesday nights (Category C & D riders) your opening night is rescheduled to this coming Tuesday. I think the threat of rain scared away a few riders Wednesday night, but we still had enough racers for a decent sized Category B field and a smaller Category A field. Masters and Women were under-represented, so tell your friends to get them out for the races each week. 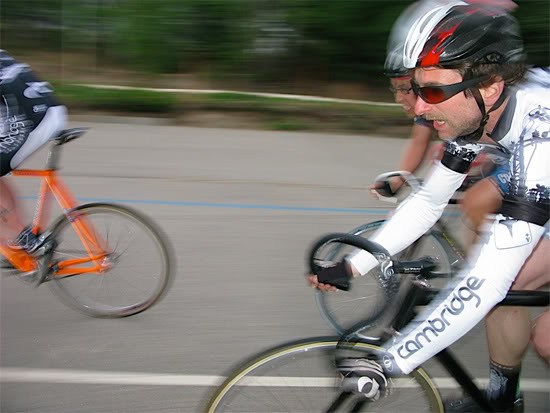 Seth Davis takes over the work from Gary in the Scratch Race as Aki hangs tough on the outside.

The race schedule for last night included a Scratch Race, a Chariot Race, an Unknown Distance Race, a Miss and Out, and a Points Race. For any one who doesn’t know what these races are, come to our Track Racing Seminar this Monday Night, May 11th (more info below). 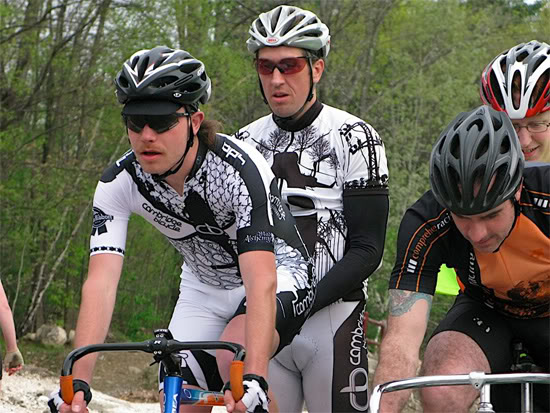 RMM steadies Gary Bavolar for the start of the second heat of Chariot races.

The Cambridge Team fared well with Seth winning both his heat and the final in the Chariot Race. Nice job Seth! Gary destoyed the points race by going solo around the halfway point and eventually lapping the field. Later he also gobbled up the prime in the Unknown distance race. Mike and I held our own in the A races, but had to contend with the good road racing form of both Colin Murphy and Patrick Gogeun, as well as Charlie B! 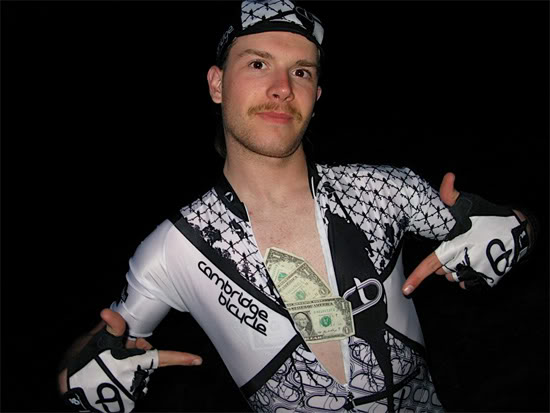 Gary “Money” Bavolar shows us what it’s all about.

If you have ever been curious about Track Racing, come out on Monday night, May 11th, to our beginning Track Racing Seminar over at the Livable Streets Alliance space at 100 Sidney Street in Cambridge. Track racing is the easiest way to try out bike racing, and in my opinion, probably the safest way as well. There will be some track experts on hand to explain how it all works and we will show some videos so you know what you’re getting yourself into. There will also be some door prizes which include free passes to the track. Tell your friends and come get in on the fun!! 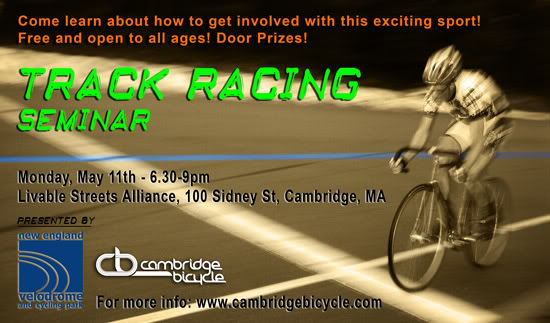