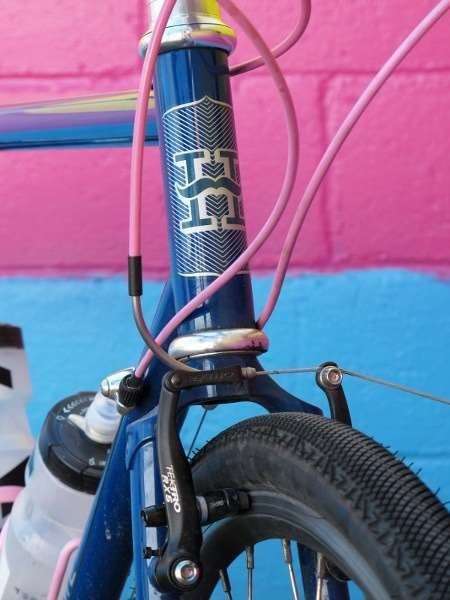 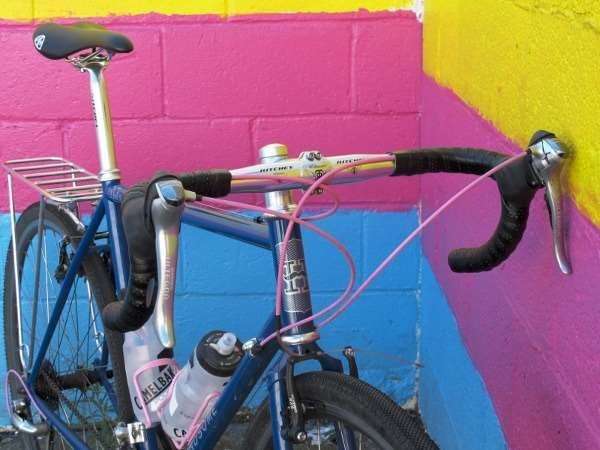 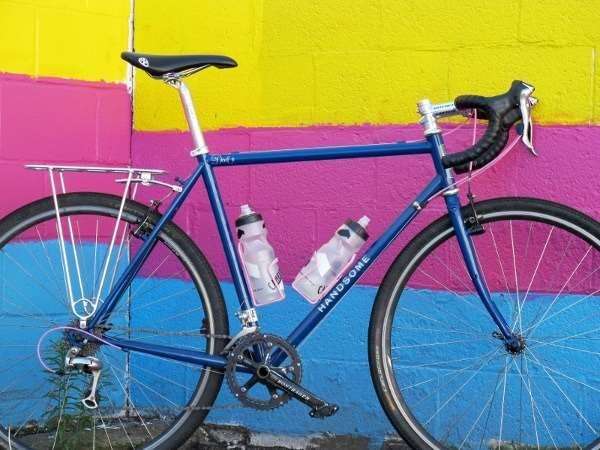 Having recently helped Luis spec out a Handsome Devil Josh decided he had to get one of his own. He had a mix of 9-speed Shimano Ultegra and 105 components from a previous build, and then added Ritchey Classic bars, stem, and seatpost. To add some color he used pink bottle cages and cable housing. Other highlights include Tektro Mini-V brakes, Continental Cyclocross Speed tires, Cinelli Caleido bar tape, and TIME clipless pedals. He’s only had the bike built up for a couple of weeks, and he’s already gone multi-day touring and camping on it.  Ask Josh sometime about the adventures he’s been having with it!