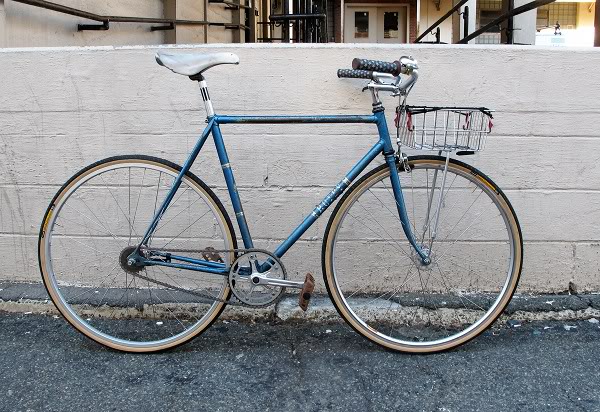 For the past two years, our mechanic Stephen hasn’t owned a non-racing bicycle. This week he finished building himself something a bit more city-worthy. His Hoffy is an old track frame he spent three years riding as a courier in NYC. With this resurrection, he’s made an old racer into a two-speed cruiser. 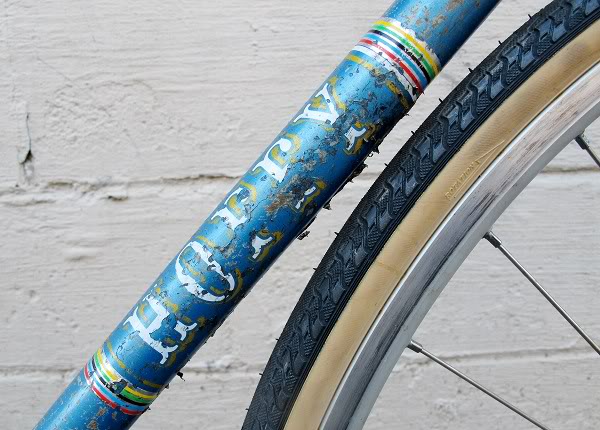 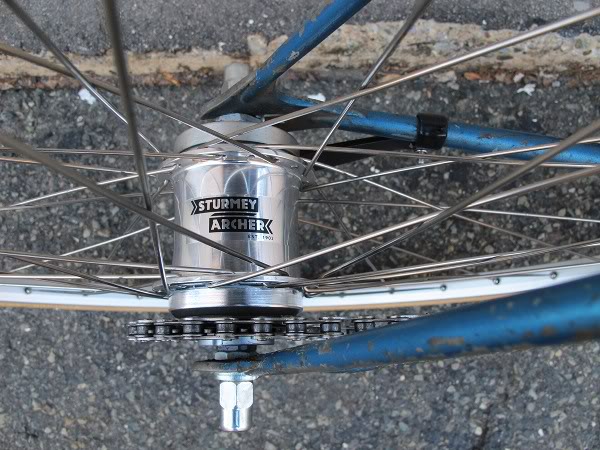 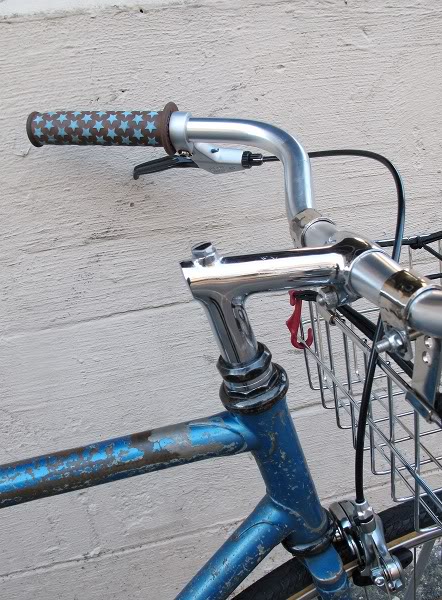 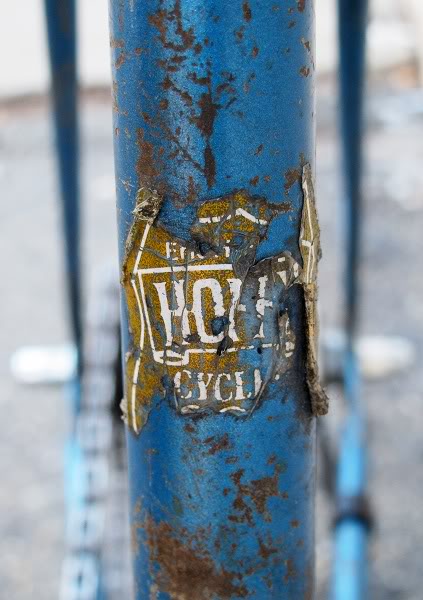 Stephen’s Hoffy has a couple key features that make it stand out. Its Sturmey Archer kickback hub has two speeds, allowing for a second gear much higher than the other. He also has a set of alloy cruiser bars for upright posture, an old Concor saddle for comfort, and kevlar-reenforced Panaracer Pasela TG tires for flat protection and ride feel. For cranks, he has pre-1973 Campagnolo track cranks, a holdover from when the bike was outfitted entirely with Campy parts from this era. Between the front basket and the bell, he’s almost got everything needed to make this a proper city bike. The last thing on his list, Stephen says, is finding a set of fenders compatible with the bike’s tight tire clearance. If that doesn’t pan out, he plans on putting most of these components on an old Bob Jackson road frame.