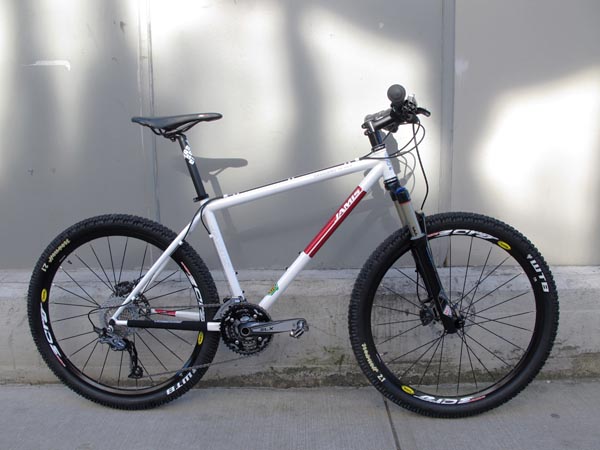 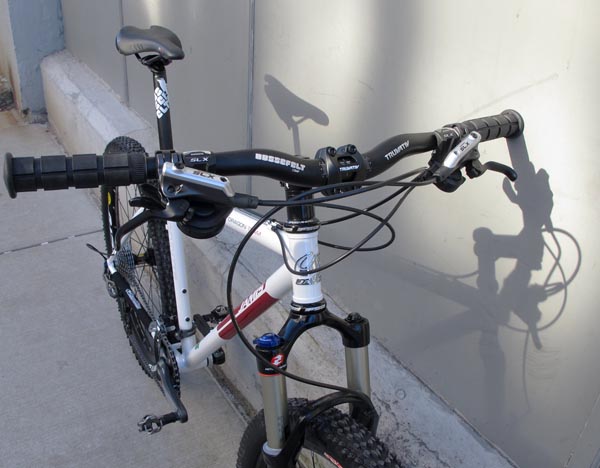 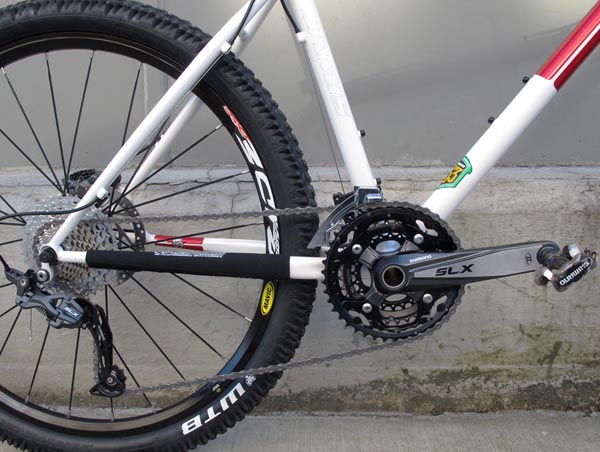 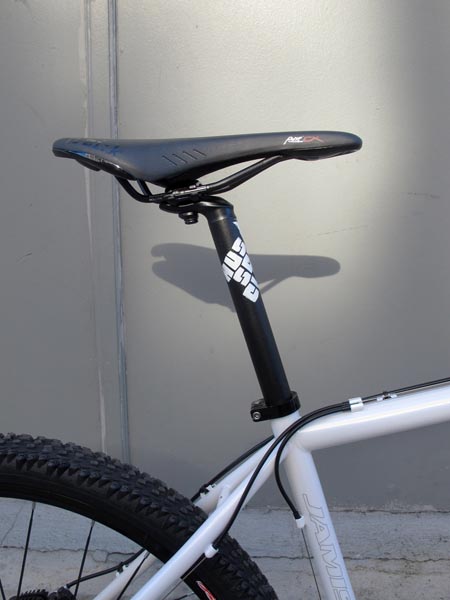 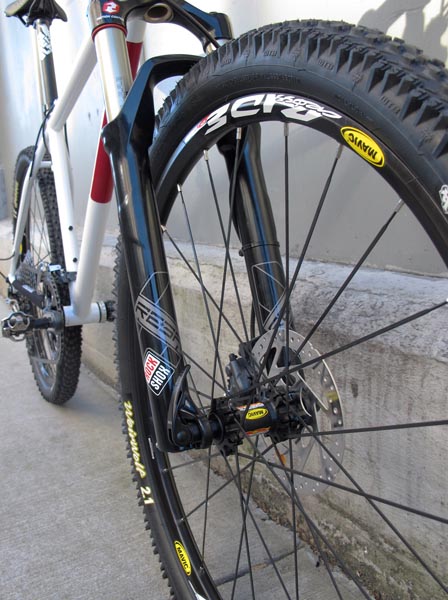 A couple weeks ago Andrew walked into the shop, and struck up a conversation with our mechanic, Ryan, about mountain biking. Ryan’s introduction to cycling was riding cross-country trails as a young’un in rural New England, and has been passionate about the discipline since. They started talking about bikes, with Andrew asking him, “Well, what would you ride?” Many minutes later, the conversation ended with an order the build above.

Andrew’s new hardtail is based on the Jamis Dragon Team Pro, Reynolds 853 steel hardtail frame and Rock Shox Reba air coil fork. It’s rolling on a set of WTB Weirwolf tires mounted to Mavic Cross Trail wheels, for easier handling through technical terrain. It’s outfitted with a Shimano SLX dyna-sys groupset (including new SLX hydraulic disk brakes with caliper heat sink), Truvativ Husseflet bars, stem, and seat post; a Fizik saddle, and Oury grips. Upon picking up the bike, Andrew took it out for a quick spin and came back in with a big, beaming smile. We’re as stoked as he is about it, leaving most of us getting upgrade fever on our own bikes and feeling guilty about not hitting the trails more often.