This past weekend marked the 2013 edition of Orchard Cross, a cyclocross race through Applecrest Farm Orchards. My friend Paul and I loaded up his Saab at dawn and hit the road for what would be my first race, and only his second. We should really buy a bike rack at some point. 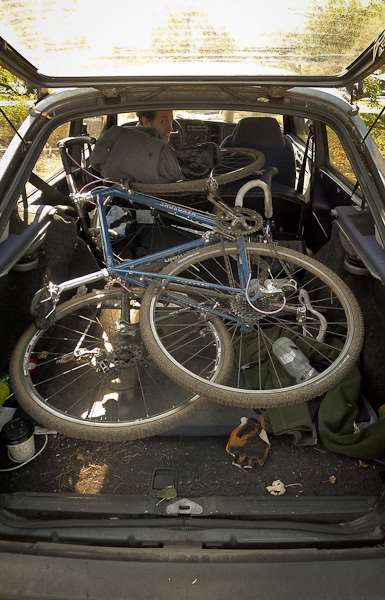 After a tired drive filled with dad rock (really the only thing that can keep me awake at 5am), we pulled up, changed, and I got ready to put my Handsome Devil through its paces. Turns out while I was using mine as a touring bike, everyone else was putting carbon forks on theirs, and I wasn’t the first to race one. (At this point, you can actually order them as complete cross racers, which is a pretty far cry from the city-cruising complete which was the only complete option initially.) Which is understandable, because that thing felt as at-home blasting around trees on a farm as it did flying 35mph down mountains with camping gear strapped to it.

After a humbling finish, I met up with our mechanic, Pete Shelby, who rolled off the course after his second flat of his race. 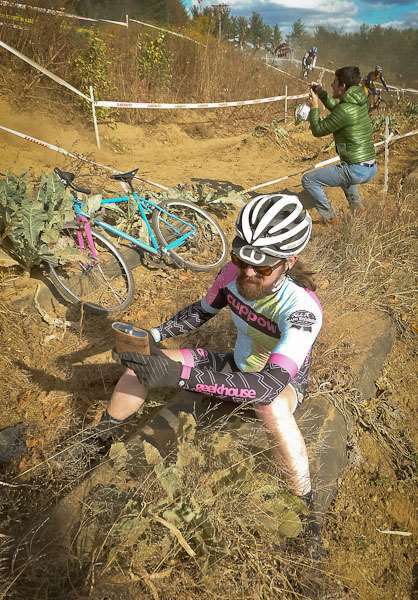 Assuming it was a second pinch flat, we started walking back towards the farm to grab donuts and coffee. Turns out Pete’s tire is a regular archaeologist. 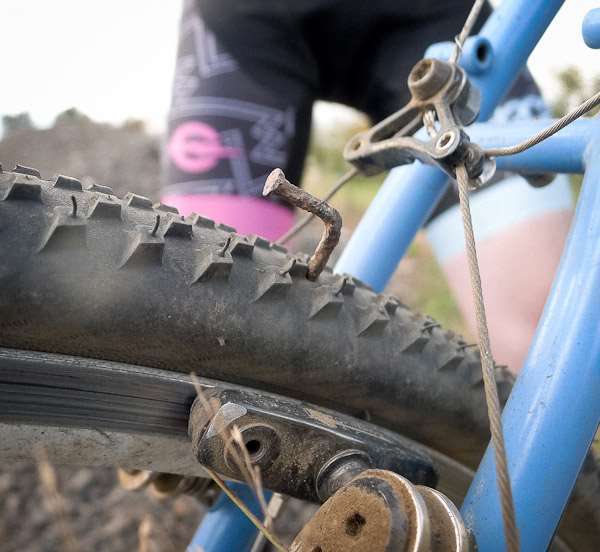 All-in-all, it was a great time, and I can’t wait to get out there and thrash the Devil some more. Special thanks to Applecrest Farm for having us, and condolences to Pete’s tire.