Return of the Cambridge Movie Night at Enormous Room 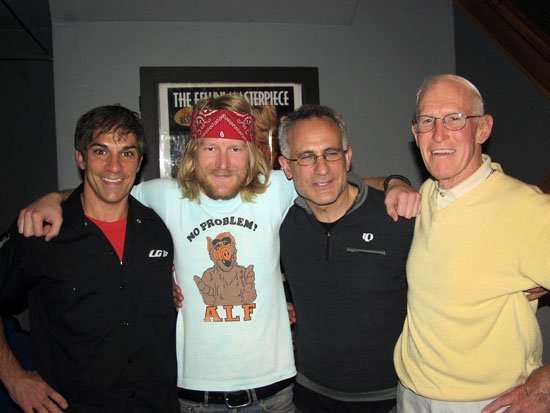 Who let the hippie into the Boston Bike Film Fest? Some of the chisled men in attendance included Tony Eberhardt, Kip Chinian, and Dick Ring. Everyone was pleased as punch to see the awesome short films that preceded the newish film, the Flying Scotsman. Much thanks go out to Dorothy and Jaffney who put their heart’s into keeping our bike community on the up and up.

Don’t wait ’til next year to hangout and watch bike films. Be at the
Enormous Room
on Tuesday the 27th for another Cambridge Bicycle Movie Night! The film featured will be the forever classic
Breaking Away, and kicks off at 6:30pm. When its over stay for DJ’s and their scrumptious menu. I said it…scrumptious!