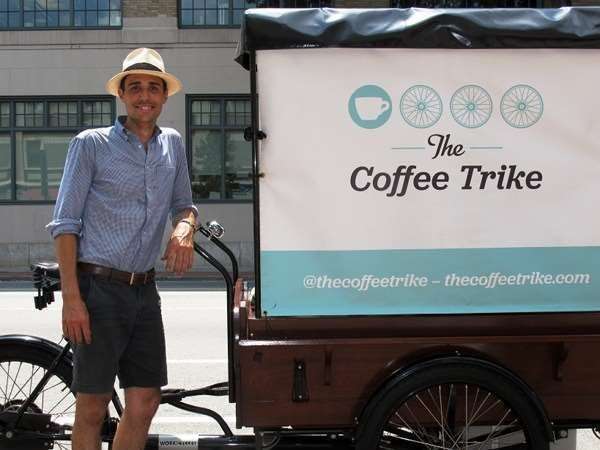 This is San, the entrepreneur behind Boston’s The Coffee Trike. You may have seen him around Boston pedaling his custom fixed-gear cargo trike and coffee shop. He happened to be less than a block away when the bond between his chainring and crank failed. He just barely managed to coast to a stop in front of the shop. 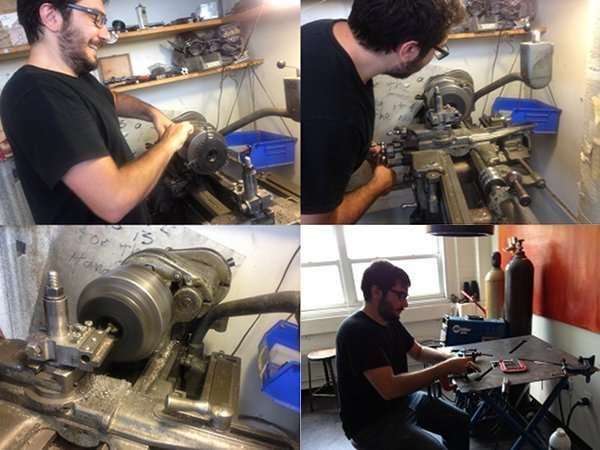 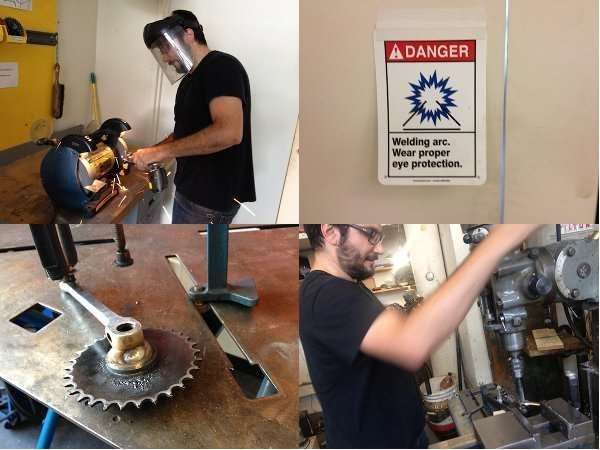 We only had tools to remove and replace the crank arm, but not re-attach the chainring. Luckily a former employee and local machinist located near our shop happened to have a few minutes to help out. Bud took the parts over to Rick, who lathed off the old weld, cleaned up the components, and re-welded them together. 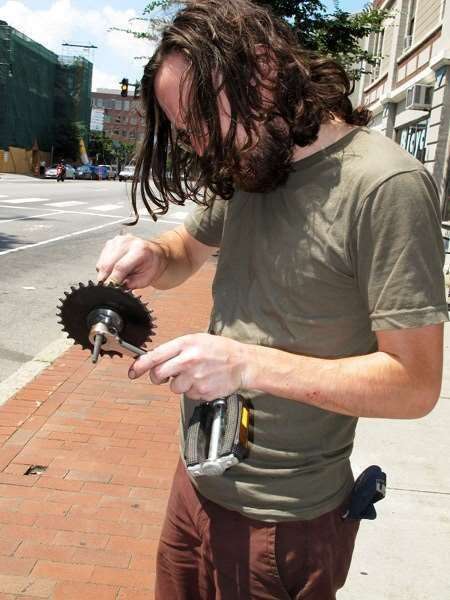 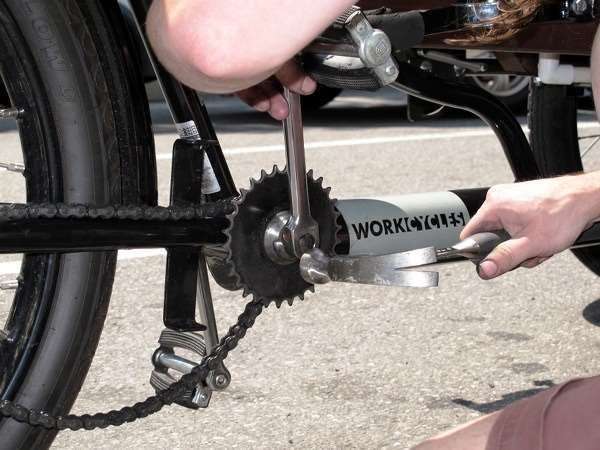 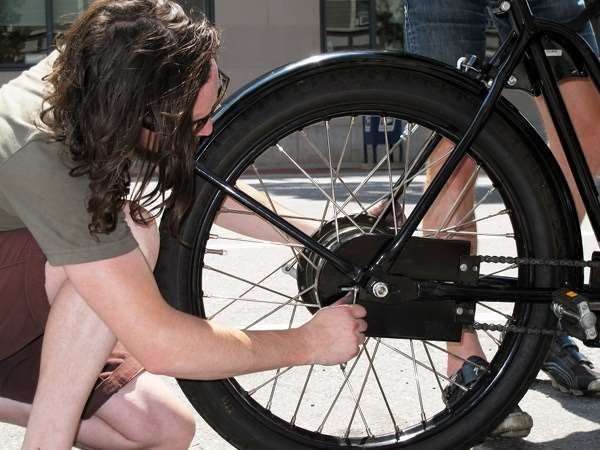 Pete then did some final cleaning to the crank,  pressed it in place, tightened the cotter on it, and re-tensioned the chain. 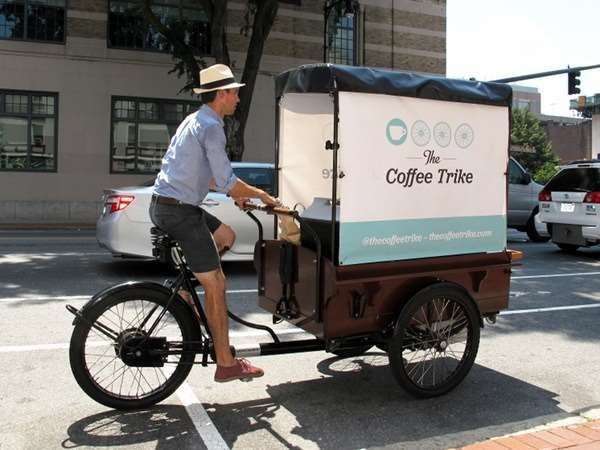 After a few minutes, and much gratitude, San was off on his way.  He stopped by sometime later to drop off some coffee and espresso for us and they were delicious. If you see him around Boston be sure to get yourself a drink!