Huge thanks to everyone who made it out to Friday’s Snow Race. We all had a blast and so many of you made it out with only about an hours notice. Cambridge Bicycle and Embrocation Cycling Journal gave out lots of cash money to the top 4 racers and every participant went home with either a Cambridge Bicycle T-shirt or cycling cap. The Top four racers and Top Lady are as follows.

The Race started at Cambridge Bicycle at Midnight. Most of the racers took off south on Mass ave at full speed over the packed snow and ice. The first sketchy move was the turn off of Mass ave onto Beacon, coming off the bridge with some speed and then trying to navigate an icy, slushy turn was rather exciting. From there it was a pretty straight shot down to Boston, but the 35 mile per hour winds made it feel like the whole race was uphill. After touching the pole outside of Boston Bicycle the racers circled back to Cambridge for the win. Spirits were high and everyone was very friendly cheering the slower riders on as they past them going back. Jeremy Dunn did the whole race with his new HD video Camera taped to his handlebars so hopefully the video will be available soon, but for now check out the pictures from the event taken by myself, Andrew Snowden and Craig Roth. 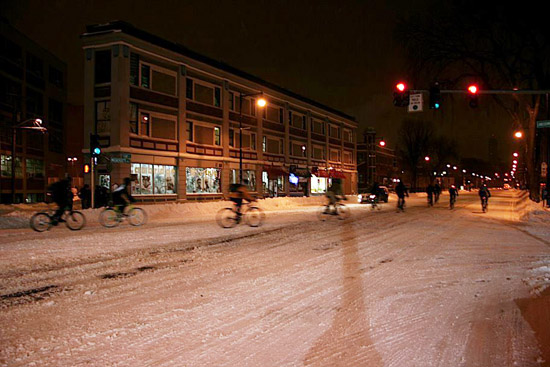 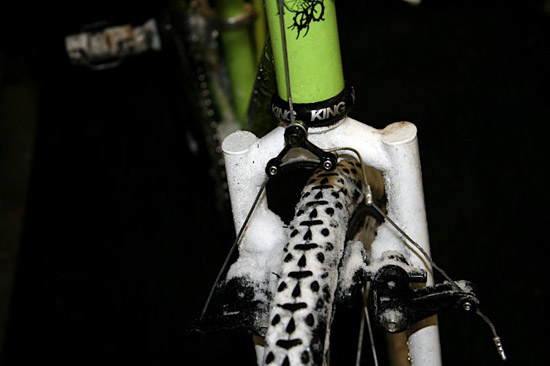