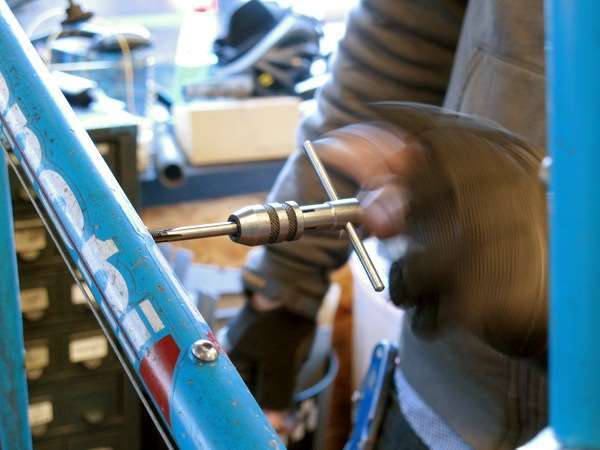 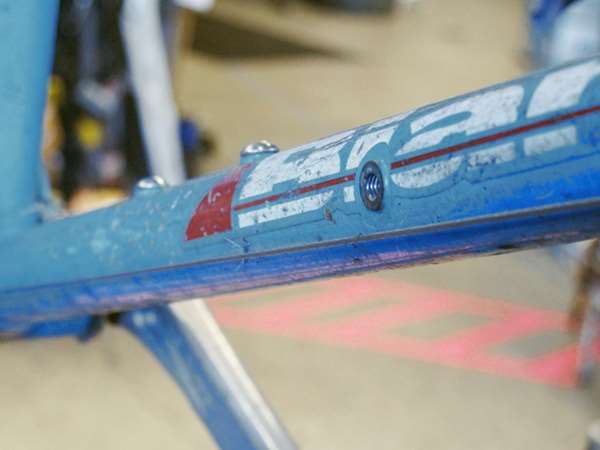 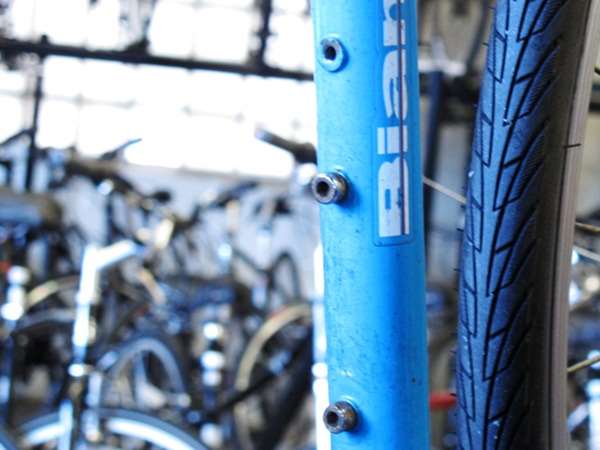 A customer dropped off this early 90’s Bianchi Volpe for some work. While Bianchi’s current Volpes are awesome, this 20 year old model had a few awesome features: lugged construction, threaded headset, unique Bianchi logos and baby blue paint – that aren’t on the current version. Pete noticed a couple of extra threaded brazeons that weren’t exactly standard on, well, anything. We poked around on the internet and found out that for this model year there was an optional carrying strap that mounted to these spots on the frame. Although it’s a feature only a true bike nerd would pine for, it’s still a sign of the extra consideration that went into the Volpe when it was originally designed.